Helen I Do Not Know You, But I Am Sorry 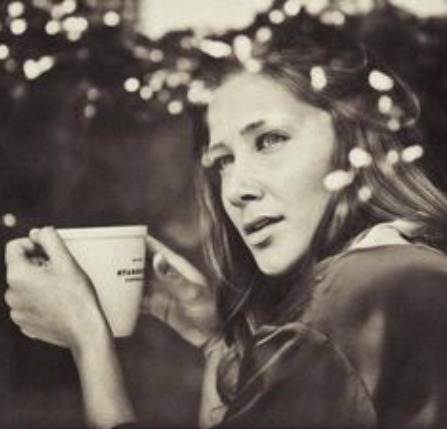 I was sitting, slurping on my watermelon Sippy drink thing with its added mint and spinach. It was horrible. Next to me were two women one with long, dark, curly hair (let’s call her Sue). The other woman had a short, mustard, scraggy bob (let’s call her Ann). Both I would say, were in their late 40’s. The shopping mall was busy with people walking talking and shopping. I was taking a break (my feet were sore) whilst my husband hunted for a comfy pair of jeans.

Ann and Sue both started to talk the usual girl chit chat catch up stuff. It is extremely difficult not to overhear conversations when you are sitting so close. I was by myself, so my mind was not busy, no excuse but it is the truth. I listened in as I was bored.

Ann started to talk about Emma, the daughter of a “friend” of theirs called Helen. Sha said that she just knew that Emma would end up pregnant at the age of 20 and that she also knew that Emma would, of course, have been the kid who would have turned to drugs because Emma was always so spoilt by Helen. At this stage, I thought Ann was a clairvoyant and I guess she thought she was also.

Ann continued to tell Sue all about the rumours she had heard about Emma and that Emma’s current boyfriend came from a bad background. Sue got involved in the battle and remarked… yes, Emma was always the centre of Helen’s world and she had in the past told her she spoilt her with too much attention.

So the conversation (If you can call it that. More of judging, gossipy trash) went on and on both Ann and Sue chatted in the battle of the judgement shite, judging Emma on how she was being a young mother and boiling the conversation of judgement up with how Helen really should of not let Emma get away with so much when she was young.

Then all of a sudden both females smiled at a woman who approached them and then both females gave her a warm hug. Just as they sat down a beautiful girl who was pushing a newborn baby in a pram yelled out Mum and waved to the three ladies as she approached.

Sue and Ann hugged the young mother and congratulated her on her baby they also offered to buy lunch for her. I then realized that Helen had arrived and that the young mother was Emma. I looked at Sue and Ann and I could hear myself screaming “YOU BITCHES “. How dare they sit and chat about others as if they are the goddesses of…. oh I got my life right. Believe me there was NO care in that conversation for Helen or her beautiful daughter Emma it was pure utter sister bitching two faced at an extreme

There were so many times I wanted to stand up and tell Helen exactly what her friends thought of her and her beautiful daughter. There was more said during their trashy catch up conversation that made me examine who they hell they thought they were. Helen I do not know you but I am sorry I never stood up as a woman as a sister and tell you about your pull me down judging pals.

I should have said something but NO I just stood up with a, mind your own business attitude and went to find my husband.

I left Helen and her daughter Emma with those bitches, those judgment ducks those she called her friends. To Helen and Emma please forgive me. My attitude needs to change and in fact all of our attitudes need to change from minding our own business to we are each other’s business and stand up for what is right and kind.

If I could take myself back there and change my reaction I would and I would REACT I don’t know what I would have said but believe me for two days now it has been running around in my head and churning me up I feel like I witnessed an evil game the one of false negative toxic friendships that ends with the best girl hurt.

Girls, let us be honest, this sort of war is not on. Be the angel who wraps herself in armor to protect others, not a demon who picks up a sword to cut others down. None of us are perfect maybe you are a Sue or Ann or maybe a Helen or Emma – we all need to self-check our motives. Don’t encourage this behavior or take part.  God knows life and destructive thoughts brings us down. We need to stop doing it to others. Lift up each other’s wings and heal our scars and see together how high we can fly.

Be excellent to one another be part of the joy and inspiration of true Sister hood.

From one of the staff at WOW.

(we never spam or give your information to third parities. you can unsubscribe at anytime)

© 2015 The Women of Worth Foundation Inc